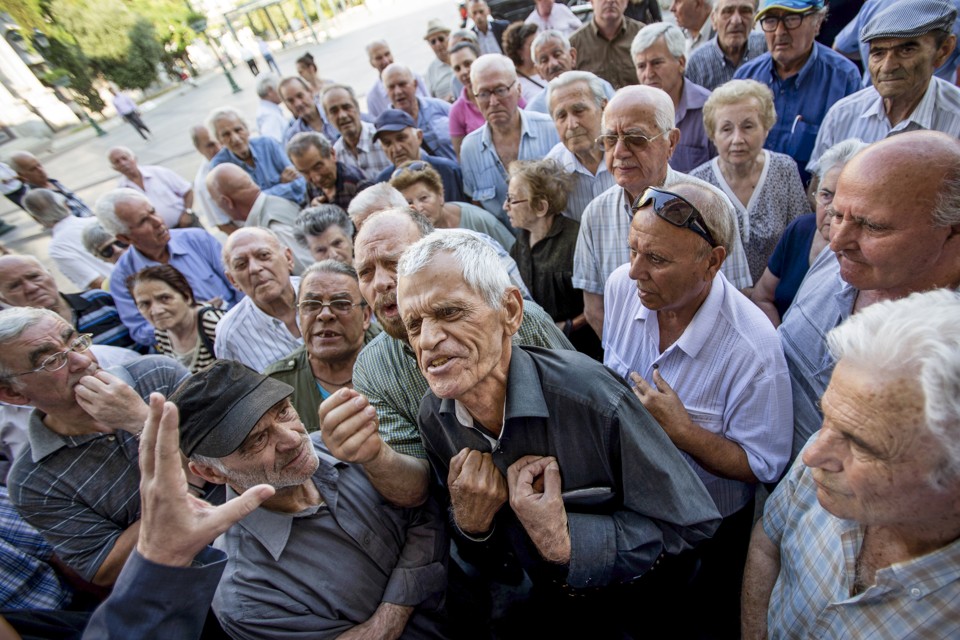 15 juli 2015 – Chris Arnade is a writer and photographer based in New York. He is a former Wall Street trader. Arnade is wondering: “Why is Greece chastised for reckless borrowing while the financial institutions that profited for years seem to get off scot-free?”
In this article he criticizes the financial institutions for their reckless borrowing:
“That 2010 Greek crisis was temporarily muzzled by an international bailout, which imposed on Greece severe spending constraints. This bailout gave Greece no debt relief, instead lending them more money to help pay off their old loans, allowing the banks to walk away with few losses. It was a bailout of the banks in everything but name.
Greece has struggled immensely since then, with an economic collapse of historic proportion, the human costs of which can only be roughly understood. Greece needed another bailout in 2012, and yet again this week.
While the Greeks have suffered, the northern banks have yet to account financially, legally, or ethically, for their reckless decisions. Further, by bailing out the banks in 2010, rather than Greece, the politicians transferred any future losses from Greece to the European public. It was a bait-and-switch rife with a nationalist sentiment that has corrupted the dialogue since: Don’t look at our reckless banks; look at their reckless borrowing.”

Read the complete article at: theatlantic.com/business