Home Artikelen J. Weeks: Grexit: When Not If

J. Weeks: Grexit: When Not If 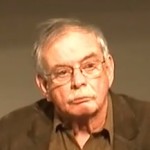 15 juni 2015 – John Weeks is economist and professor emeritus at SOAS, University of London. He argues that there were no real negotiations between Greece and the troika the last five months. The troika intended from the outset to accept only one of two outcomes: 1) the new Greek government would renounce its electoral pledges and capitulate to the policy package accepted by the Samaras government; or 2) the Greek government would leave the euro zone.

Read the complete article at: Socialeurope.eu