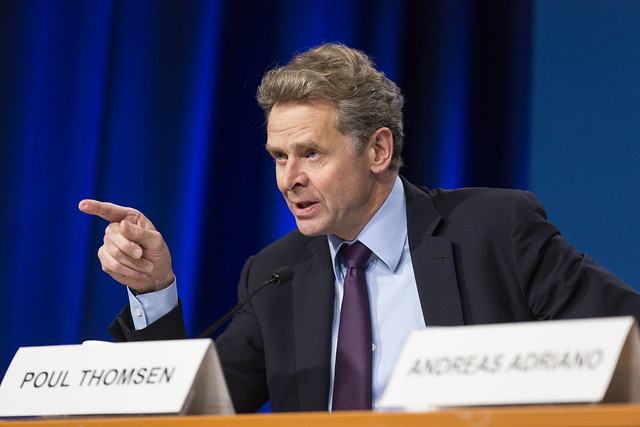 2 april 2016 –  Julian Assange publishes in WikiLeaks the records of a 19 March 2016 teleconference between the top two IMF officials in charge of managing the Greek debt crisis – Poul Thomsen, the head of the IMF’s European Department, and Delia Velkouleskou, the IMF Mission Chief for Greece. During this IMF internal meeting the two IMF officials have been caught discussing and preparing a “credit event” that forces Greece to the edge of bankruptcy.

Read the PDF or HTML transcript of the IMF internal meeting. Bron: Wikileaks.org