10 December 2020: 3rd Roundtable/Webinar: On Islands and Camps: From Leros to Lesvos 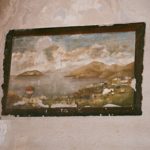 Title: On Islands and Camps: From Leros to Lesvos
Date: Thursday, 10 December 2020, 6 pm (NL time)
Language: English
Speakers: Neni Panourgia (Columbia University) “Infrastructural governmentalities, or confinement by any other name. The paradigm of Leros”
Danae Karydaki (University of Thessaly) “Towards a ‘Greek Neverland’: the infantilisation of Leros institutions’ inmates with intellectual disability (1958-95)”
Pafsanias Karathanasis (Panteion University) “From the ‘hotspot’ to the ‘camp-city’: Moria RIC in Lesvos and the end of the EU ‘hotspot approach’ (Sept. 2020)”
Chair: Kristina Gedgaudaitė (Princeton University)

Participation in the roundtables is free and open to all.
To register, please follow the link below:
https://www.eventbrite.co.uk/e/on-islands-and-camps-from-leros-to-lesvos-tickets-130770902289
An email with the relevant zoom link will be sent to all registered on the day of the event.

For more information about this event and the series:
https://torch.ox.ac.uk/event/on-islands-and-camps-from-leros-to-lesvos

About this event:
Facing what many have called a ‘crisis within a crisis’, the islands of the eastern Aegean saw the arrival, and eventually the confinement, of thousands of refugees on their soil since 2015. Five years on, emergency hotspots accommodating refugees in many of those islands have developed into fully-fledged permanent settlements, today entangled in yet another crisis – that of covid-19. And while the term crisis alerts us to an unprecedented urgency, it also demands that we reconsider how much the Greek islands sit on long and complicated histories of migration, asylum and confinement. By setting the spot-light on two of these islands – Leros and Lesvos – we want to address the following questions: Can the Greek islands be viewed as biopolitical spaces of confinement and what can their past tell us about the present? How do the grammars of confinement intersect with the grammars of biopolitics at the local, national and transnational levels? How does this thick context relate to the phantasmatic construction of the island archipelago in the Greek and global cultural imaginary?

About the roundtable series:
Under the general title “Modern Greek Studies and Beyond: Local Cases, Global Debates”, the roundtable discussions will bring local case studies from Greek culture, society, history, and politics to bear on larger and timely theoretical, political, and cultural debates: debates on ecocriticism, biopolitics and race, the relevance of contemporary (Greek) art, languages of futurity from the European and Global South, and COVID-19 as a transversal crisis.
By inviting speakers situated (mainly or partly) in Modern Greek studies alongside speakers working in other fields, we will explore how cases from modern and contemporary Greek culture, politics, and history can be relevant for scholars whose work is not (only) situated in Modern Greek Studies, and ask how Modern Greek studies could be repositioned through an engagement with such global debates.
We aim at inclusivity and diversity in speakers and audiences and at stimulating interdisciplinary dialogues that will take scholars outside the comfort zones of their disciplines. In each roundtable, invited speakers from different disciplines and career stages will converse with each other, in order to promote exchanges among scholars who might normally not sit around the same academic table.

About the network:
“Rethinking Modern Greek Studies in the 21st century: A Cultural Analysis Network” emerged from a partnership between the departments of Modern Greek at Oxford and Amsterdam but brings together scholars in several universities around the world and aims to progressively widen its reach to include more partners and countries.