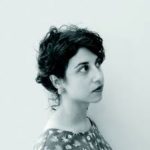 Lecture
Title: The so-called “1920s generation” in Greece: how do we move from crisis to critique. The use of contrasts as a tool of action
Language: English
Guestspeaker: Dr. Vasiliki Tsaita-Tsilimeni (University of Geneva)
Date: February 2, 2018, 3.30-4.30 p.m.
Location: University of Amsterdam, University Library (UB), Doelenzaal, Singel 425, 1012 WP, Amsterdam
Organisation: Dept. of Byzantine & Modern Greek Studies, University of Amsterdam & NGNS (Dutch Society of Modern Greek Studies)
Abstract: How does Greek poetry of the so-called “1920s generation” transform society and overthrow the
image of decadence that the critique lends to it, under the influence of troubled socio-political
events? This is the subject of this lecture, the source of which is a personal interest in the 1920s
generation in Greece, as well as a need to explore more deeply a literary space that has been
presented by literary critics to the public like an almost inactive poetry or a poetry of complaints,
of defeat. This is only because it is not a committed poetry, or an “organized” poetry according to
the pre-existing models. The main cause of this misunderstanding, whose revelation is the central
point of my research, is the following generation, that of the 1930s; a literary generation full of
light that puts its goals in evidence and seems eager to support its magnificent projects; projects
that would have probably not been achieved without the darkness of the 1920s. With this lecture
I will try to show how a poetic universe full of contrasts, that of the 1920s generation, manages
to change the image mentioned and proves that sometimes the most effective action takes place
in an underlying way.
Bio speaker: After an MA degree at the Sorbonne (Paris IV), Vasiliki Tsaita-Tsilimeni obtained her PhD degree in Modern Greek Literature at the University of Geneva in 2017, where she has been
teaching language, literature and translation since 2011. In addition to articles, translations and
scientific contributions published in French and Greek, she also writes poetry. Her first
collection, Wild Herbs (Άγρια Χόρτα, 2017) has just been issued by Kichli publishing.