POSTPONED 20 March 2020: Lecture: The case of international words based on Greek lexical elements 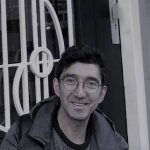 Due to the international coronavirus crisis this lecture is postponed. It will take place in the academic year 2020-2021.

Abstract
Internationalisms (internationalismes, internationalismen, internasionalismi) or international words in linguistics are words used in a number of unrelated languages or language families, sharing a similar phonetic form and a partial or identical semantic content. Of particular interest for the Greek language is that a significant number of these international loanwords mainly connected with scientific/technical terminology is based on ancient Greek lexical elements (neoclassical compounds). This fact shows the instrumental role of the Greek language to the formation of new words, since it can be used not only to facilitate the teaching and learning of foreign languages but also to provide a common link between different languages, nationalities and cultures. Which word categories could be considered as internationalisms? What is the semantic field of this term in linguistics and what kind of problems does the definition of “international” point to? How could we use these lexical units in the classroom to encourage language learning not only for Greek students who want to learn a foreign language but also for foreigners who intend to learn Greek? This lecture discusses all the above issues aiming at creating the necessary framework for a comprehensive, practical approach to this particular type of words.

Bio
Dr. Haralampos Passalis is a secondary education teacher of Greek language currently working part-time as guest lecturer at the University of Amsterdam (Department of Modern Greek Studies) and as headmaster of the Greek School “Athena” located in Amsterdam. He is also an external researcher at the Centre for the Greek Language (ΚΕΓ)-Department of Greek Medieval Lexicography (Thessaloniki) and a member of the editorial team for the Emmanuel Kriaras’ Dictionary of Medieval Vernacular Greek Literature 1100–1669, published by the Centre for the Greek Language. His personal research interests mainly focus on lexicography, teaching Greek as a foreign language and on rites and customs in traditional Greek culture. Among his main publications is his book on Greek verbal charms: Nεοελληνικές επωδές. Η δύναμη του άρρητου λόγου στην ελληνική λαϊκή παράδοση [Modern Greek Charms. The Power of Unspoken Speech in Greek Folk Tradition], 2016.