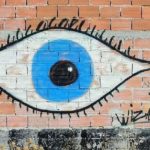 The network Greek Studies Now participates in the celebrations for the bicentennial of the 1821 Greek War of Independence with a series of webinars in which scholars, artists, filmmakers, and authors are asked to reflect on the meaning of this anniversary, taking the contemporary experience of Greece and Greekness as their starting point.

In the second meeting of the series on the 21st April 2021 the network Greek Studies Now proposes the digital equivalent of an open-mic. A group of cultural creators – literary authors, filmmakers, comic-book writers – submitted a short video reflecting on the word, concept, idea and geopolitical, imaginary that the word “Greece” conjures for them today, in the current sociopolitical and cultural conjuncture. The videos are fragments, extracts from work in progress, provocative ideas. The contributors were asked to think not of the question “what is Greece”, but to consider the very title “What Greece…” as a puzzling, often absurd, and certainly open-ended fragment in itself. Reintroducing it in their own narratives in different ways, from “what kind of Greece” or “what Greece means to you” to “what the hell, Greece…”, the responses mix the national and the personal, the rational and the absurd, the familiar and the weird, the playful and the austere.

The first part of this event includes the presentation of the videos collected, offering a heterogenous collage of literary, visual, aural, and multi-media reflections. The second part will be a live conversation between the event-organizers and the contributing artists, taking the many threads the artists open up in their contributions further.

You can watch the event here.