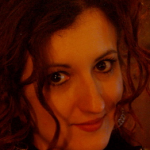 Abstract:
“C.P. Cavafy’s “Waiting for the Barbarians,” probably his best-known poem, haunts our collective imaginary. It has been translated, cited, adapted, and evoked in numerous works of literature, art, philosophy, and political commentary. This talk explores the poem’s contemporary “afterlives” and especially its function in the Western political imaginary after the Cold War and the attacks on September 11, 2001. Reading the poem allegorically, many commentators trace in it a familiar historical pattern – an empire awaiting a barbarian invasion – which leads them to a diagnosis of our present and prediction for the future. However, the poem’s ability to haunt our political realities stems more from the way it disrupts familiar past narratives as means of signifying the present. To support this hypothesis, I trace how the poem critically converses with pivotal narratives of history in modern European thought—progressive and decadent—that involve barbarians. By tracing the competing historical ‘specters’ of barbarians evoked in the poem, I argue that the poem yields a present that cannot be grasped through familiar past narratives. Fostering a space of crisis as critique of an empire’s historical ‘truth,’ the poem recasts the future as an open question.”

Bio speaker: Maria Boletsi is professor by special appointment at the University of Amsterdam (Marilena Laskaridis Chair of Modern Greek Studies) and assistant professor at the department of Film and Literary Studies at Leiden University and the Leiden University Centre for the Arts in Society (LUCAS). After a Bachelor’s degree in Greek Language and Literature at the Aristotle University of Thessaloniki, Boletsi obtained a Bachelor’s in Literary Studies and a Research Master’s in Cultural Analysis at the UvA. Boletsi received her PhD with honours at Leiden University with a dissertation on barbarism in modern literature, visual art and philosophy, which was published by Stanford University Press in 2013. Boletsi has been a research fellow at Princeton University’s Seeger Center for Hellenic Studies and a visiting scholar at Columbia University’s department of Germanic Languages/Institute for Comparative Literature and Society. She is a member of the editorial board of the Journal of Modern Greek Studies and the book series Thamyris/Intersecting: Place, Sex and Race (Brill Publishing).