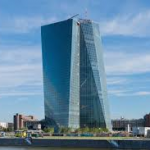 18 juni 2015 – Paul De Grauwe argues that the Greek government is solvent but is trapped in a liquidity dilemma in which it cannot find liquidity because markets believe it cannot find liquidity. He then explores the role of the European Central Bank in this self-fulfilling problem and asks specifically whether its outright monetary transactions (OMT) programme, introduced in September 2012, should be used to ease the constraints on Greece.