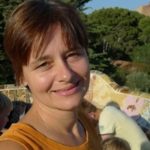 Guest-speaker: prof. dr. Karen Van Dyck, Hellenic Studies, Columbia University
Respondent: Kate Briggs, writer and translator, Piet Zwart Institute, Rotterdam
Title: Migration, Translingualism, Translation
Language: English
Location: University Library (UB), UvA, room: Belle van Zuylenzaal, Singel 425, Amsterdam
Time: 3.30 p.m.
Synopsis
Historical and social developments over the past two centuries have more and more urgently posed the question of how to translate the foreign accents and multilingual idioms of the migrant. Two contemporary Greek novels–one about Greeks in the United States, the other about Greek Albanians in Greece–address this question by developing translingual practices that are themselves translational. Using hybrid creoles that blend languages through transliteration and homophony, these novels imagine translation solutions that challenge the hegemony of standard dialects and monolingualism. The American case foregrounds the visual impenetrability of the new alphabet, while the Balkan case treats sound as a permeable means of encompassing ethnic differences. Existing English translations of each novel reveal a questionable expectation of equivalence and a dehistoricizing tendency; they are contrasted with translations that introduce translingual patterning so as to share images and sounds intra- and interlingually. Attention to translational poetics in the source text enables translators to be more experimental by exposing the instability and ideological import of the translating language. Comparative studies of translingualism in literature and literary translation offer new categories for understanding migration.

Bio speaker
Karen Van Dyck is the Kimon A. Doukas Professor of Modern Greek Language and Literature in the Classics Department at Columbia University. She is the Founding Director of Hellenic Studies and has also been an active member of the Institute for Research on Women, Sexuality and Gender, the Institute of Comparative Literature and Society, the European Institute and the Istanbul Global Center. Her books include Kassandra and the Censors, The Rehearsal of Misunderstanding, The Scattered Papers of Penelope, and most recently Austerity Measures: The New Greek Poetry, winner of the London Hellenic Prize (2016). Her essays and translations have appeared in The Guardian, LARB, and World Literature Today.  This Spring she is a fellow at the Columbia Institute for Ideas and Imagination in Paris. She will be working on her book A Different Alphabet which explores the role of translingualism and translation in the production of literature by and about the Greek Diaspora since the 1880s.