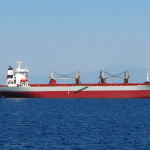 Speakers: dr. Isidoros Pachoundakis & dr. Efstratios Spyrou
Vice-Presidents of Council at the St. Thomas Polytechnic in Singapore & Academic Coordinators of Maritime Studies LLP – University of Patras
Title: Crisis, Recovery and Innovation in the Greek Shipping Industry after WWII
Place: PCH, room 1.14, Spuistraat 134, Amsterdam
Time: 1.00-3.00 p.m.
Language: English
Abstract
During WWII, the size of the Greek merchant fleet dropped dramatically. The sailors who had survived the war were left unemployed and many emigrated abroad as the ship-owners were left with only a handful of operational vessels. Consequently, shortly after the end of the war, a request was made to the US Government to grant the use of 100 Liberty-type ships, that were built for the war. These 100 cargo ships were to become the key to the development of a new Greek fleet. Later, in the 1950s, shipbuilding orders on behalf of the Greeks soared and by 1956, during the Suez crisis, Greek ship-owners held almost a third of the world tonnage. Shipping firms that were once based in London and New York were gradually been relocated to Piraeus by the Greeks. The Greek State assisted their efforts by passing laws on the ship’s taxation system and the Greek flag was reinstituted on Greek ships, making the Greek economy flourish.
Greek ship-owners were the torchbearers of innovation in shipping and paved the way for the exit from a global commercial crisis. Innovation in Greek Shipping was founded on three pillars: the conception of a new differentiated idea, its assessment, and finally its implementation. The same innovation strategies can be applied to the modern Greek economic and social crisis. New concepts and practices can be created, structured and funded as the main components of an efficient entrepreneurship and prosperous society.
Bios
I 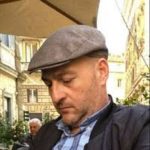 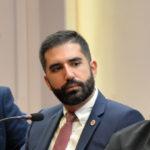