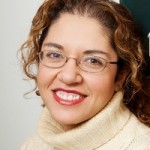 Marina Terkourafi, professor of Sociolinguistics at the University of Leiden.
Place: Dept. of Byzantine & Modern Greek Studies, Universiteit van Amsterdam, Spuistraat 134, room 3.01, Amsterdam.
Date and time: October 6, 3.30 pm.
Language: English
Synopsis: Cypriot Greek has been cited as “the last surviving Modern Greek dialect” (Contossopoulos 2000:21), and differences between it and Standard Modern Greek are often seen as seriously disruptive of communication by Mainland and Cypriot Greeks alike. In this talk, I attempt to dissect the linguistic ‘difference’ of the Cypriot variety of Greek. By placing this in the wider context of the history of Cypriot Greek, the study and current state of other Modern Greek dialects, and state and national ideology in the two countries, Greece and Cyprus, it is possible to identify both diachronic and synchronic, as well as structural and ideological factors as constitutive of this difference.
Speaker bio: Marina Terkourafi is professor and chair of sociolinguistics and pragmatics at the University of Leiden (Center for Linguistics). Previously, she was based at the University of Illinois where she was also affiliated with the Beckman Institute for Advanced Science and Technology. Terkourafi is Co-Editor in Chief for the Journal of Pragmatics and a member of the Editorial Board of the International Review of Pragmatics, the Journal of Politeness Research, the Journal of Modern Greek Studies, and Lodz Papers in Pragmatics. Prior to joining the University of Illinois, she held post-doctoral positions at the University of Cambridge and at the British School at Athens in Greece and taught at the Universities of Athens and Cyprus. Her research has been funded by the NSF (National Science Foundation), ESF (European Science Foundation), and WUN (Worldwide Universities Network).
Terkourafi specializes in pragmatics and sociolinguistics, with an emphasis on issues of pragmatic variation and experimental pragmatics. Her fieldwork site is Cyprus, where she has conducted extensive research on the use of politeness markers, the interplay between local and standard codes, and processes of language change since the Middle Ages.